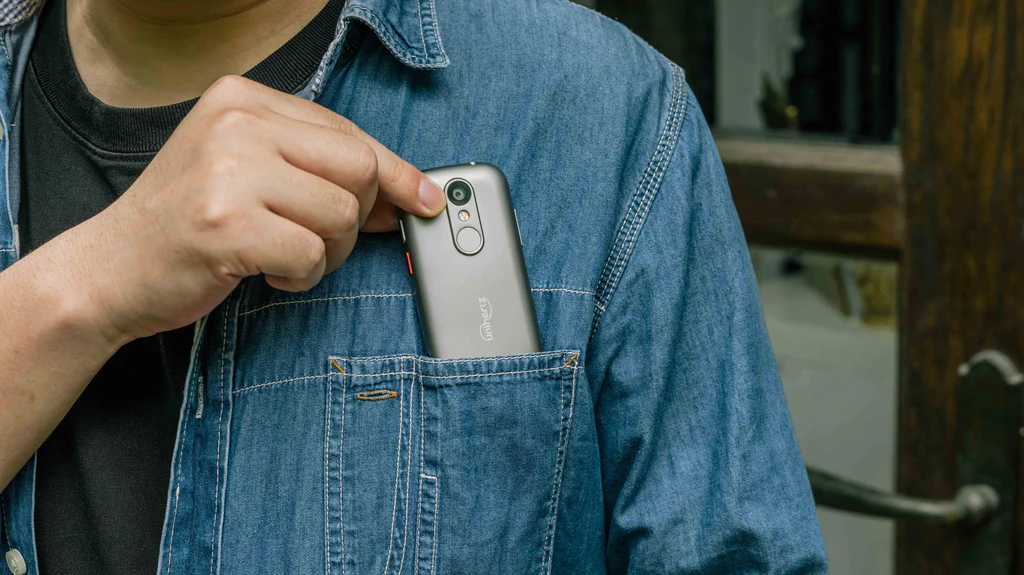 I couldn't resist. I've been wanting to try the Unihertz Jelly 2E ever since I heard about it. It's already pretty attainable at a base price of $169.99, but right now it's on sale for $159.99 and Unihertz is also running a 10% off promotion. So I figured why not?

Little is the key word, here. It's a little phone and I hope to use it as little as possible in the ways that smartphones can be addictive. I've been wanting to wean myself off of smartphones for a while, and I'm hoping this device will be a step in that direction. I would need to be pretty desperate (or addicted) to want to use a phone with a 3” screen (the original iPhone had a 3.5” screen) for web browsing, social media, messaging, videos, etc. But I will still be able to take advantage of features like maps, music apps, and even snapping occasional photos.

I'm looking forward to trying it out and sharing my thoughts and impressions about it.

A wall clock in the family room And dining room wall, too A third clock ticking on the shelf, For only two won't do

And three more silent clocks there are All within my view On both microwave and stove And small stereo, too

The First Cell Phone I Ever Owned 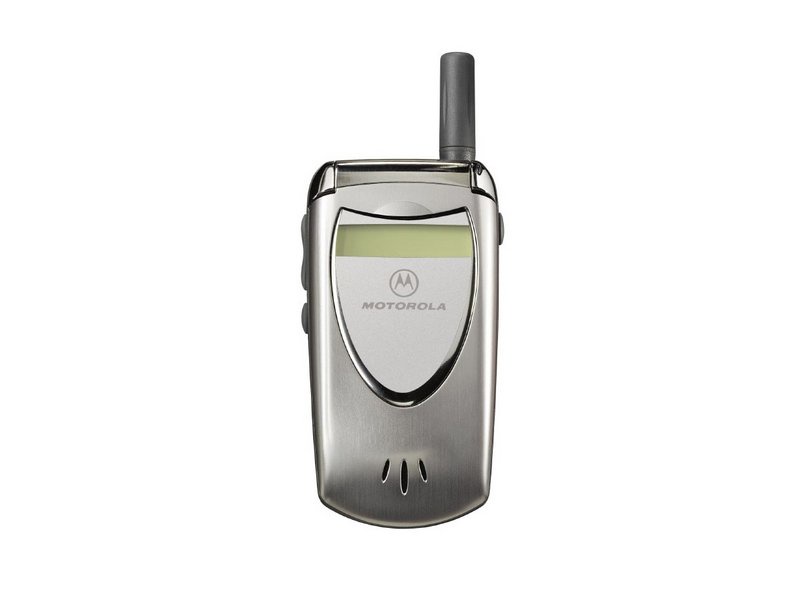 It was early 2003 and I had just returned home to the United States after serving a full-time mission for two years in Brazil. My mother took me to the Alltel store to pick out a phone and add me to the family service plan.

I knew I wanted the V60 when I saw it. Sleek, metal finish. Replaceable battery (of course they all were back then). Extendable antenna. It even came with a belt holster clip and you better believe I used it (I miss holsters and phones small enough to fit holsters). It was a great little phone. Solid and dependable.

And my favorite feature? Programmable ring tones. You could use the settings to create your own ringtones note for note. I had the Star Trek and Star Wars themes, of course. I know I had several other fun tunes but can't remember specifics. Probably popular songs of the time.

And don't forget that satisfying sound and feeling when you closed it after a call. CLOMP.

How Many Computers Do I Need?

For several months I made do with only a desktop. Now I also have a laptop (again). But do I really need both?

Having a laptop again has reminded me of how nice they are in terms of flexibility and portability. Yet I also like the desktop's power and ease of repairs and upgrades. But analyzing my tech use after obtaining a laptop, the only things I use my desktop for on a regular basis are light gaming (dedicated graphics) and data storage (2 TB HDD). Everything else – writing, communication, web browsing, etc. I prefer to do on my laptop.

I'm really feeling the need to consolidate and scale back on the technology I own, so I'm considering getting a laptop with dedicated graphics to replace both my desktop and current laptop. I already have several easy external storage options to take care of any data storage needs.

I would probably get a refurbished laptop with NVIDIA GeForce GTX graphics, as I don't need anything more than that for my gaming needs. Every so often I get back into more intense gaming, but eventually I step away from it again as I am reminded how addictive and time-consuming it is. Not having the latest and greatest dedicated graphics will be another way to help curb the addiction while still providing for some gaming once in a while (right now I only play Minecraft).

I'd sell my current desktop and laptop to offset the cost of the nicer laptop.

The First Cell Phone I Ever Used 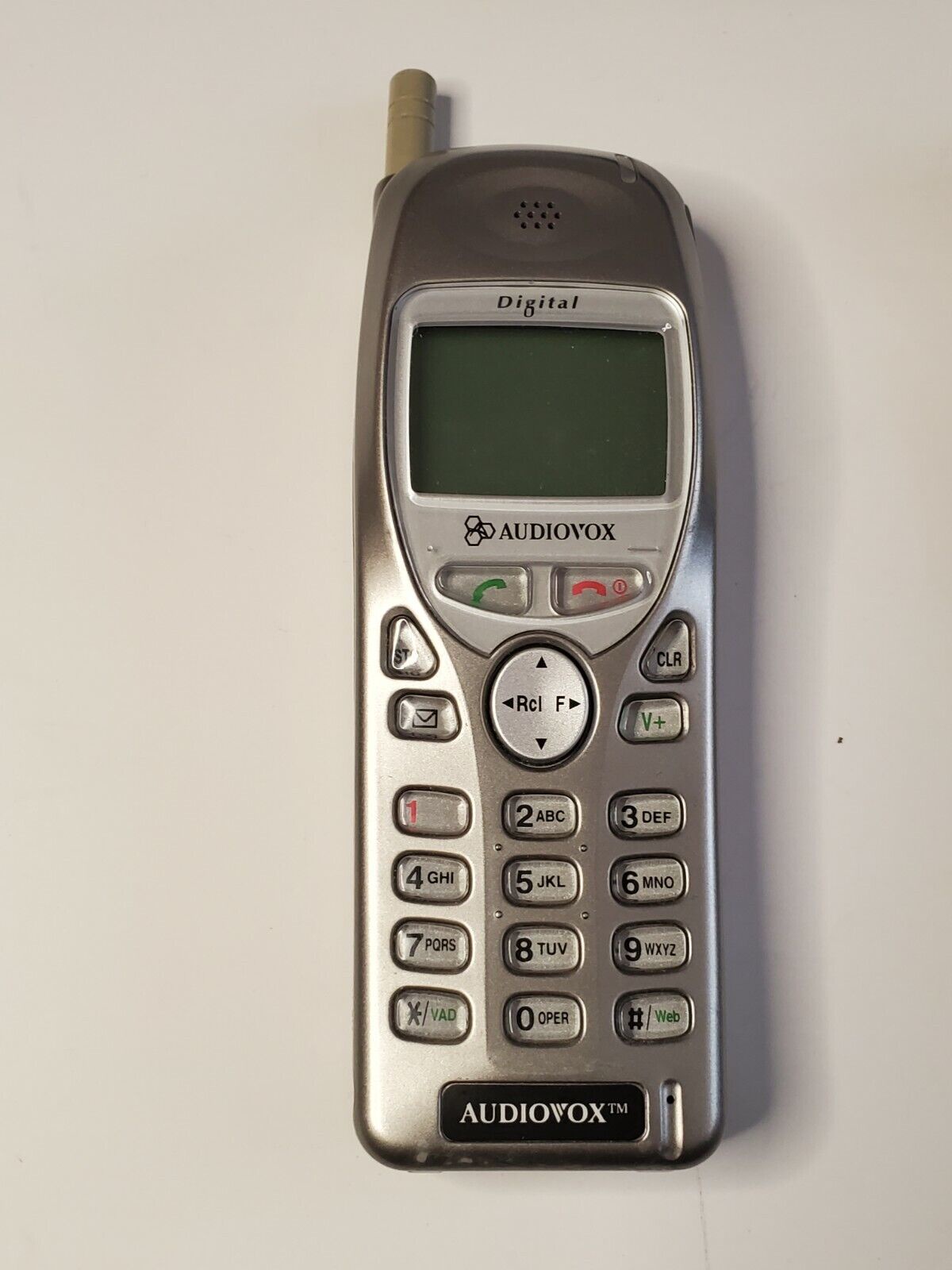 I recently wrote about the first smartphone I ever owned. But my very first experience with a cell phone was using an Audiovox CDM-4500 or an Audiovox model very similar to it.

Around 1999 my parents bought a single cell phone for the family that any one of us could take along when out of the house if we needed to easily call home or be contacted. I was attending community college at the time and remember taking the phone with me on several occasions and using it. Although we were discouraged from using it unless absolutely necessary because apparently the minutes were very expensive. I don't know how much they paid for the phone or the service.

So it technically wasn't mine, but it was the first cell phone I ever used. I thought it was amazing to be able to talk on the phone wherever I was. Little did I know how drastically cell phones would change over the next couple decades.

No Longer Hosting my Own Mastodon Instance

I've decided to end the experiment I started a month ago and stop running my own Mastodon instance.

It's obvious my relationship with social media is not a healthy one. And it likely never will be. So it doesn't make sense for me to run and administrate a Mastodon instance, which would obligate me to be on social media when I should be taking a break – or stepping away for good.

I had high hopes for ZCMI.social, and would still love for there to be a supportive, safe, faith-affirming space for members of my church to have a social media experience. But I am not the one to make that happen. Besides, the level of interest even among close associates who supported the idea was lackluster to begin with, and actual engagement on my Mastodon instance itself was practically nonexistent.

I have migrated my personal Mastodon account back to Fosstodon, where I have felt the most at-home on the Fediverse.

I have learned a lot from this experience and I don't regret it.

I don't feel like explaining all I have learned in intricate detail, but I'll sum it up by saying I have gained an even greater appreciation for everyone who has made and continues to make Mastodon and decentralized social media possible. I appreciate all the developers, hosts, admins, members – all who are trying to move us away from corporate-controlled, exploitative social media platforms that foment outrage and contention for profit, and instead create safe, engaging online communities that foster communication and understanding.

Someone in a Discord server I'm on forced me to look in a metaphorical mirror and made me realize how news and social media have negatively impacted my objectivity and mental health in recent weeks.

It was an uncomfortable moment, but a welcome one. I have gotten way too worked up over Elon Musk and his Twitter antics because that situation is at the intersection of a lot of issues I'm passionate about like #tech, #SocialMedia, #politics, #FOSS, #privacy, and others.

When I get too worked up over issues like this, my emotions get the best of me and I don't think clearly. I'm not as articulate or persuasive in my arguments. I get upset, argumentative, contentious. I feel anxious, agitated, frustrated. I lose control. And I don't feel good about myself or others when I'm like this.

Over the years, I've made some changes to keep from slipping into this state of mind and continue to participate on social media in productive ways, but it still happens and I don't like it.

It's time for another news and social media fast. So here are the changes I'm making starting today and continuing through the end of the year:

When the status quo isn't working, it's time to change things up. So here goes! 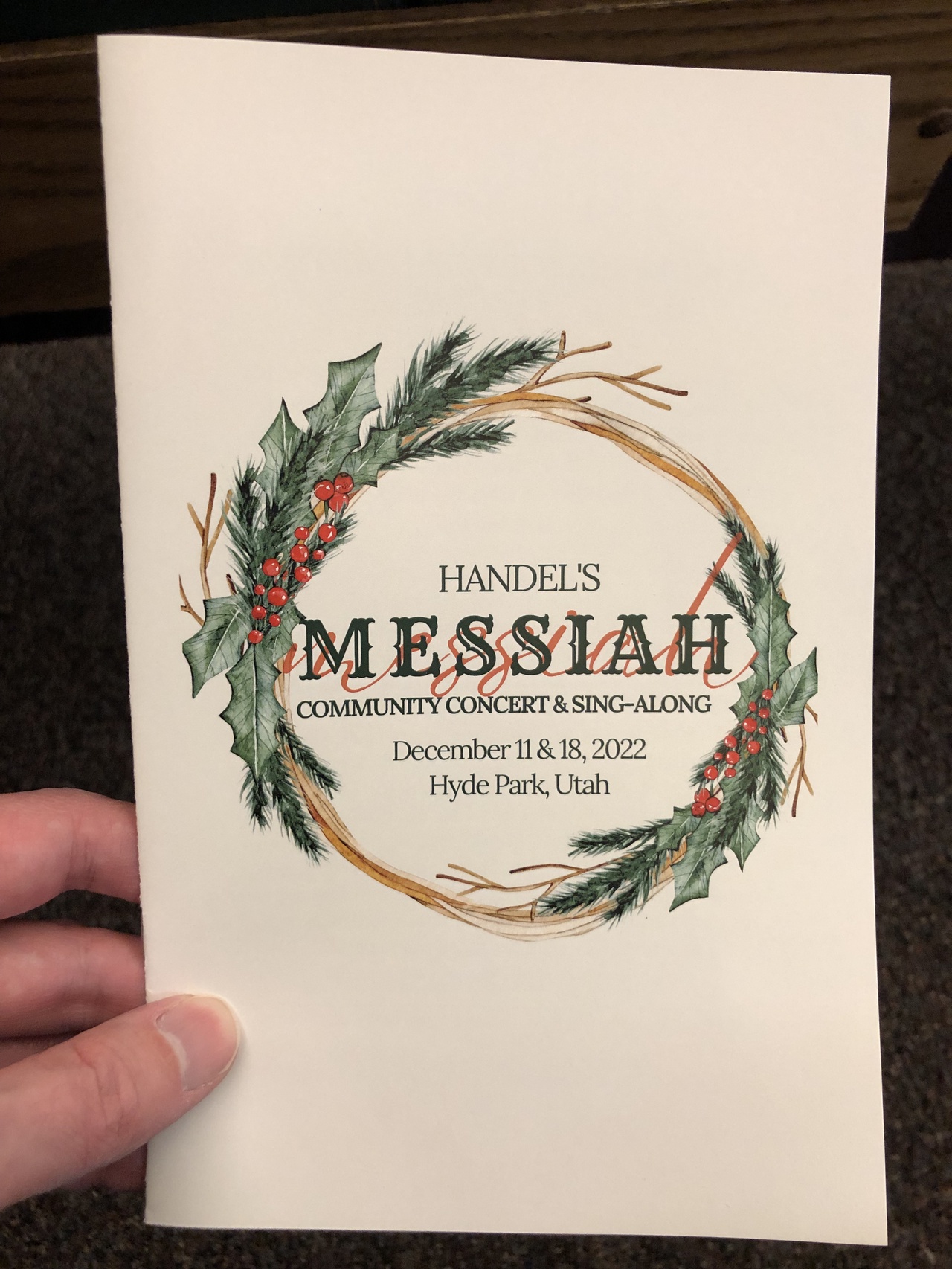 There are certain traditions and activities that embody the spirit of Christmas. Live performances of Handel’s Messiah are certainly in this category.

For unto us a child is born, unto us a son is given: and the government shall be upon his shoulder: and his name shall be called Wonderful, Counsellor, The mighty God, The everlasting Father, The Prince of Peace. (Isaiah 9:6 KJV)

I read a fascinating article about a group of teenagers at a high school in Manhattan who have formed a “Luddite Club”. They focus on freeing oneself from social media, smartphones, and other addictive technology.

The term luddite has its roots in 18th century English weaver Ned Ludd, who supposedly lost his temper and broke two stocking frames. In the early 19th century, textile workers protesting industrialization appropriated his identity and called themselves “Luddites”.

The modern meaning of luddite is one who is opposed or resistant to new technologies. It's usually meant as a derogatory term.

But these young people have embraced it, rallied around it to support each other as they try to be intentional about the technology they use.

They've faced some challenges, though. In a hyper-connected world where everyone is assumed – even expected – to have a smartphone, it's hard being among the few who don't use one.

I feel for these youth. I had the privilege of living my high school years in the late 1990s, where the only access I had to a computer was the school computer lab until my senior year (1999) when my family finally got our first home computer. Basic cell phones hadn't been widely adopted yet and smartphones didn't exist. The best ways to socialize online were through email, computer-based messaging apps, IRC, and online forums. But you had to be physically sitting in front of a computer to use any of these services.

Things have changed a lot since then. And I don't think they've all changed for the better. I'm very encouraged that there are young people out there who also realize this and are trying to do something about it. 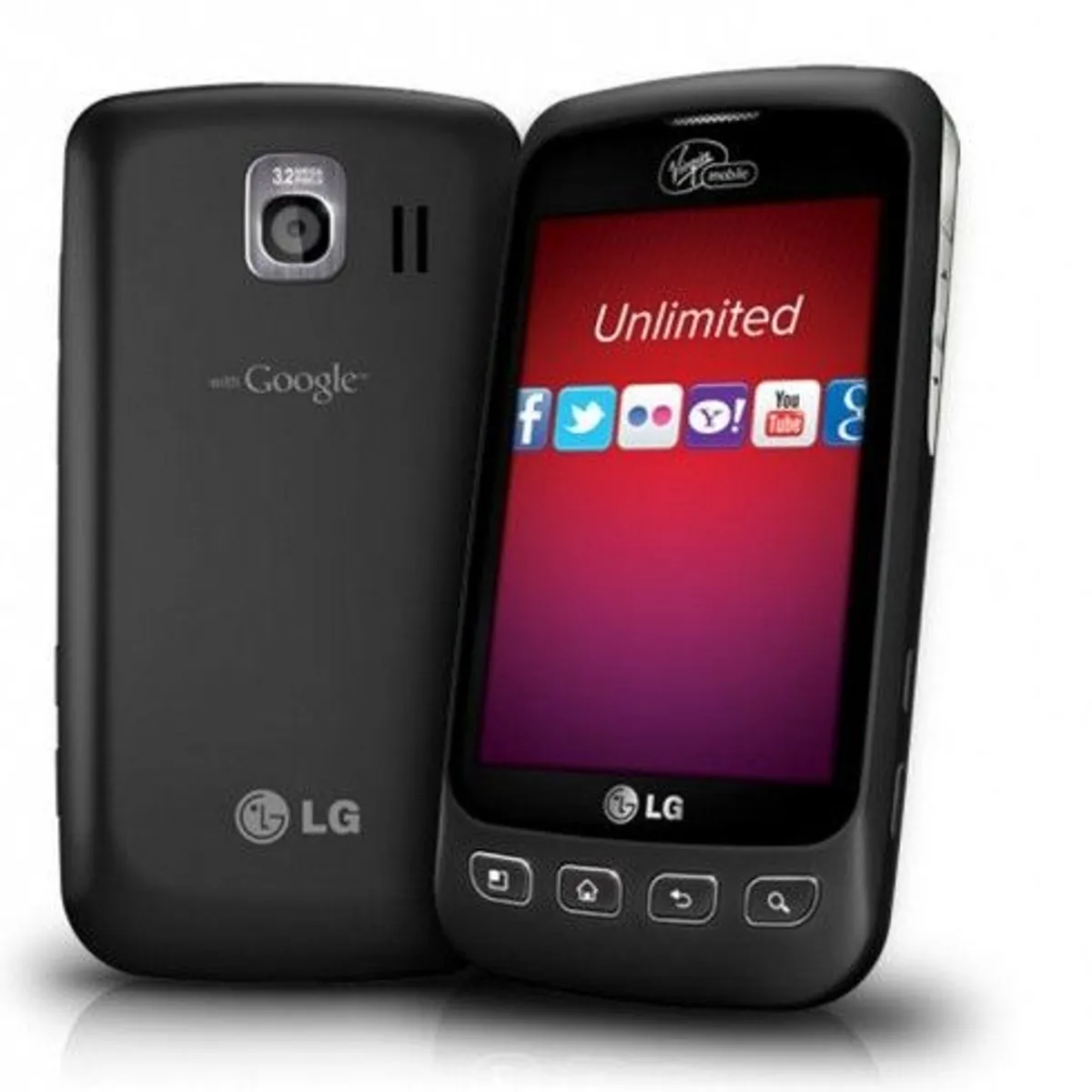 For 3-4 years after the first iPhone came out, I used a flip phone and an iPod Touch. Then I decided I wanted to try a smartphone, but didn't want to spend a lot of money. So I bought an LG Optimus V.

It was released in 2010 and had the following specs:

It was no iPhone, but it was a good little phone for what it was and it served me well while I had it.